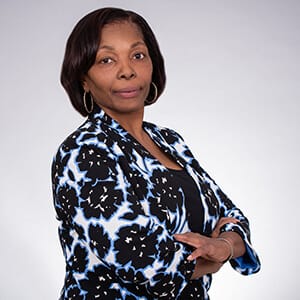 Angela E. Wiggins, Esquire was born in Barbados, West Indies. Attorney Wiggins and her family moved to the United States where she lived in Brooklyn, New York. While she considers herself to be a New Yorker, Angela now calls Orlando home.

Attorney Wiggins received her Bachelor of Science degree from John Jay College of Criminal Justice and went on to work for the law firm of Goldman and Weintraub, P.C. a full service law firm representing clients in civil litigation matters and white collar criminal defense. At Goldman and Weintraub, P.C., Attorney Wiggins gained first hand insight into the practice of law while working as a Paralegal, she gained a tremendous amount of practical and theoretical knowledge from Senior Partner, Robert E. Goldman. Mr. Goldman was an aggressive trial attorney who started his legal career as an Assistant District Attorney for Manhattan.

After gaining significant and invaluable experience at the Office of the State Attorney, Attorney Wiggins went into private practice with a Bankruptcy Law firm that represented debtors in Chapter 7 and Chapter 13 cases. In 2005, Attorney Wiggins went on to start her own law practice, where she now dedicates her time to aggressively representing clients with criminal, family, bankruptcy and personal injury matters.