Should You Hire An Attorney For a DUI In Florida? 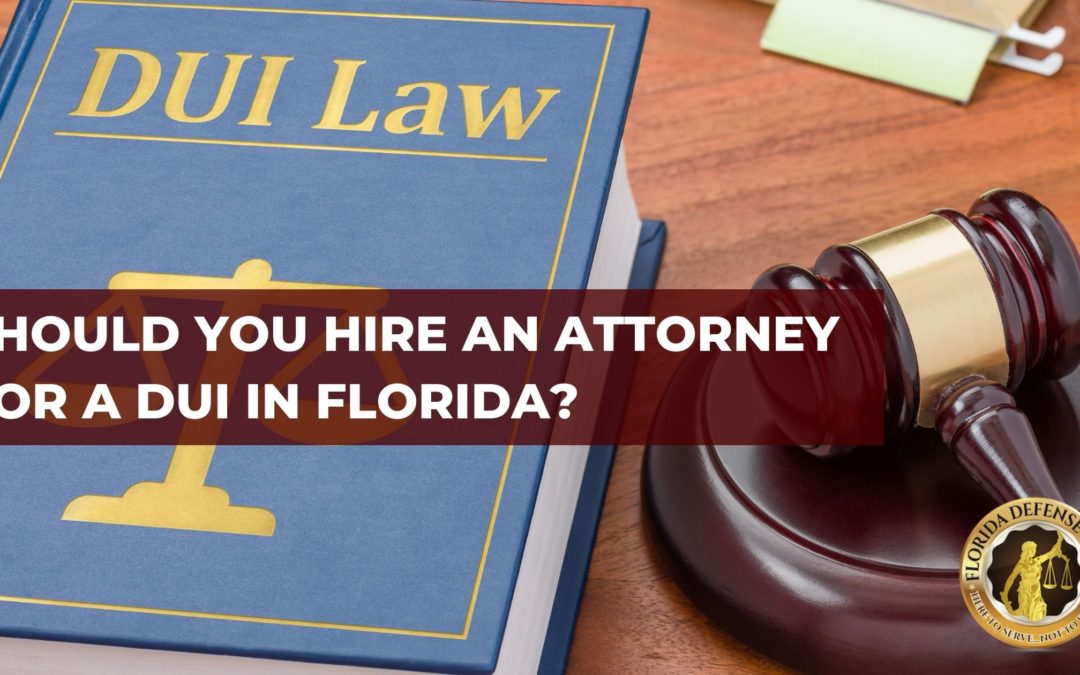 Florida treats drivers who are arrested driving under the influence of alcohol very seriously, with the possibility of harsh penalties. These penalties include large fines, community work, license suspension, and can get as bad as jail terms.

You will be charged for DUI in Florida if you get arrested operating a motor vehicle with an alcohol content above 0.08. An officer can also arrest you if they realize that you demonstrate evident impairment while driving due to alcohol consumption.

Do you need a DUI Attorney in Orlando? Below are the various penalties that you face if arrested for DUI:

For a First Conviction

If you have not been arrested previously for DUI, there is a possibility that your punishment will be minimal. You face a fine of between $500 and $1,000. Some factors can compel the judge to increase the fine, like having a minor in the vehicle when arrested. It is also possible in such a situation, to have a jail term slapped on the offender, but which would not exceed six months.

For a Second Conviction

If you are a second offender, the punishment is harsher than that of the first offender. Fines will rise to a minimum of $1,000 to $2,000. In the case of a prison term, the duration increases to a maximum of 6 months. If you are a second time offender and the judge slaps you with a fine, they are compelled by the law to include a mandatory ten days in prison

For a Third Conviction

For the case of a third-time offender, you expect the punishment to be harsh, with the minimum fine being $2,000 and the maximum being $5,000. In the case an offender gets convicted on the same charge for more than three times, the minimum fine remains $2,000, but there is no maximum set fine.

In the case you are fined, and the previous offense occurred within the past ten years, you will have to serve a mandatory 30 days in prison. It is important to note that additional penalties can be considered, depending on the offense’s nature and whether the offender puts other people at risk of losing a life.

Other Consequences of DUI Conviction

As an offender, you don’t only face the risk of a jail term or a fine; there are other possible long-term effects of the conviction, which will follow you for a long time. One of the main consequences of a DUI conviction is difficulty gaining employment. Many employers tend to shy off from hiring drivers who have had a similar previous sentence. Even though many states are pushing for the ‘Ban the Box’ initiative, not all companies and private employers have endorsed the campaign, so they will still turn you back if you have a DUI conviction in your records.

In addition to difficulty finding employment, it may be hard for you to secure housing. This is because most landlords may shy away from renting you a house if they found out about your previous criminal activity. While some landlords may offer you a chance to explain what happened and follow up to see if you have changed, not all are that patient.

As seen above, DUI charges are among the worst traffic offenses. These penalties can follow you into the future, with a hard to clean criminal record, making it vital to hire a DUI Attorney in Orlando.

It’s important to note that there are a lot of other things to note concerning DUI’s and this is only the tip of the iceberg. That’s why if you find yourself facing DUI charges, it is critical that you speak to an attorney who has experience handling these.