What is Aggravated Battery? 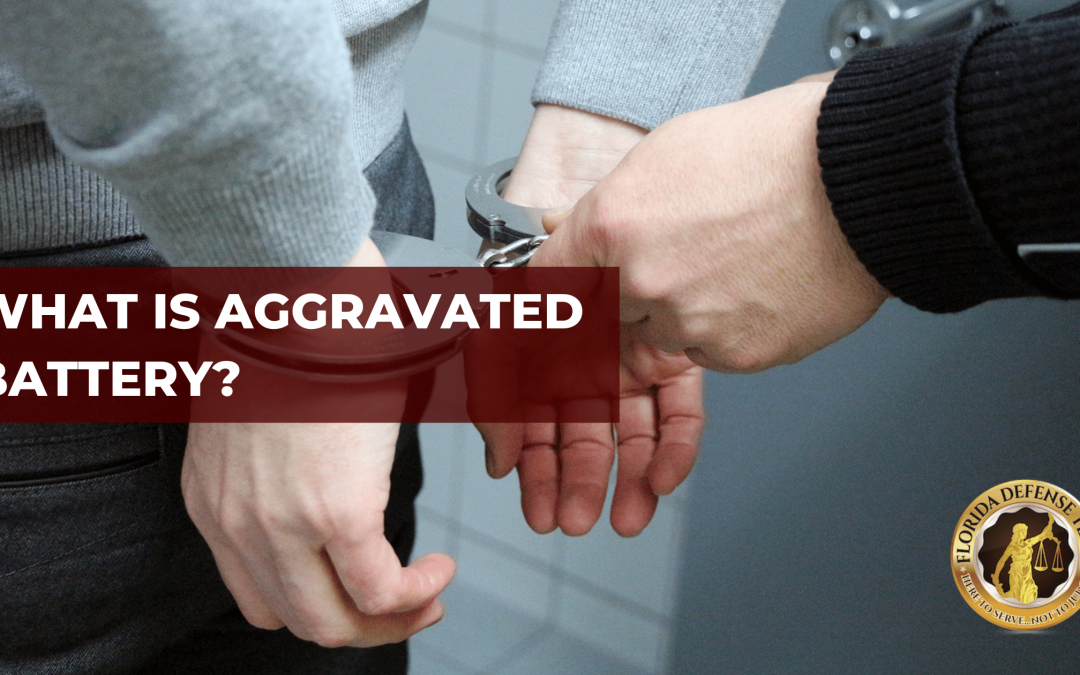 The most important thing to understand about aggravated battery is that the definition can vary state by state. However, the definition most often includes the use of a deadly weapon. It also generally includes the addition that battery is a situation in which serious bodily injury does occur or where there was an intent by the perpetrator to cause it. It can also extend to battery that involves a hate crime, a police officer, or an otherwise vulnerable individual such as an elderly person or a child.

There are many items that the courts have ruled to be deadly weapons in the past so it is important to understand that just because there wasn’t a firearm involved, it doesn’t mean that it cannot still be considered aggravated battery.

Aggravated battery is typically considered a felony or a second-degree felony. There are instances, however, where it may be considered a misdemeanor if the victim only suffered temporary disfigurement. Otherwise, the penalties are harsh. This means that the penalties for this type of crime can be very serious. In some states, the maximum sentence can be up to 25 years while other states go as far as 30 years.

There are many factors, however, that can affect the penalties incurred. One of the things that is taken into consideration is the severity of the injuries on the victim. A victim that has a permanent disability as a result of the attack could put the defendant in prison for a long period of time. This increases with the reprehensibility of the defendant’s actions. If the victim were a pregnant woman or a child, for example, that might be considered for a longer sentence.

The judge does have some discretion with regards to whether some part of the sentence can be served in prison or on probation. This will typically depend on the circumstances of the case and the severity of the injuries.

How to Defend Against Aggravated Battery

There are several defenses that could prevent a defendant from having such harsh sentences. One of the most common of these is self-defense. For this defense, your attorney would have to prove that you did not use force that was disproportional to the threat. This means that if you were threatened by someone who was unarmed and you had a weapon at the time of the incident, you will be more likely to incur a penalty.

Another defense that your attorney may employ is a lack of intent. That means that there is no definitive proof that you had any intent to harm the victim at the time of the incident. This would include instances where the defendant injured the victim by accident or did not actually cause severe bodily harm.

One other defense that is not typically formally recognized is that of mutual combat. This would be a situation similar to self-defense where the victim plays a part in the defendant’s actions. For this type of defense, your attorney would have to prove that the victim was armed or had equal intent to cause you bodily harm.

Florida Defense Team is committed to our clients. We earn the title of the best Orlando criminal defense attorney because we work with our clients to ensure that they get the best possible outcome for their circumstances. Whether you are dealing with aggravated battery or another charge, we are here for you. Call us to schedule an appointment to discuss your case and see how we can serve you.