What is Florida’s “Stand Your Ground” Law? 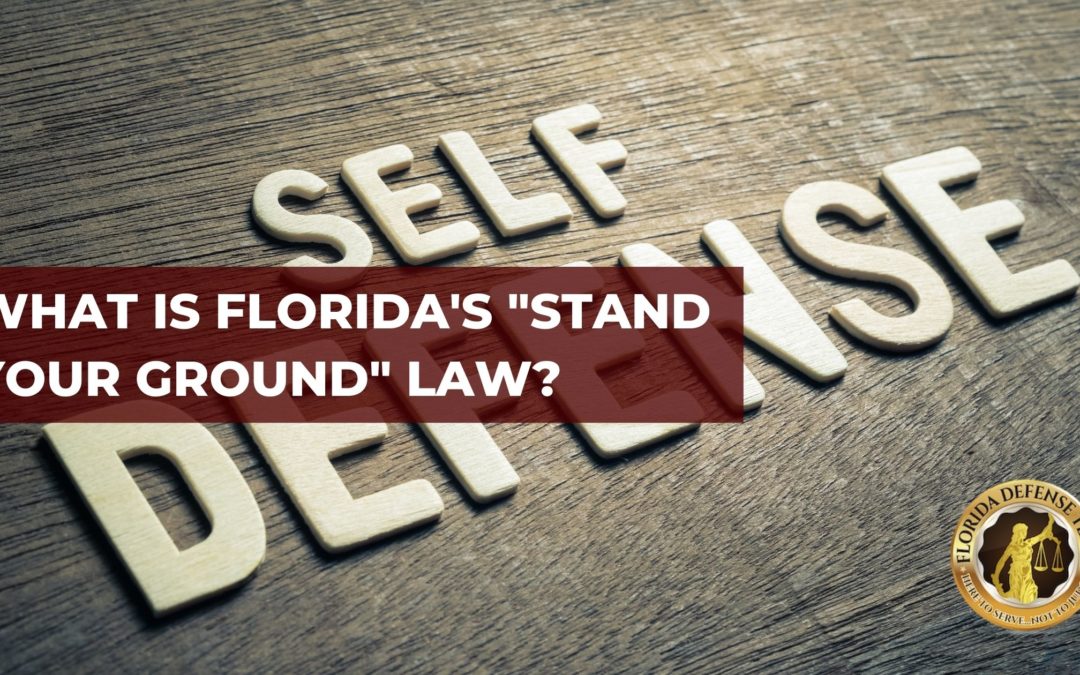 Florida has established a legal mandate known as the Stand Your Ground Law. This legislation gives you the legal authority to stand up to any type of attack or threatening behavior with non-deadly or deadly force, provided if said action will prevent serious bodily harm to you or other innocent bystanders or prevent prospective perpetrators from executing serious felonious activities.

Additionally, this law eliminates the duty of retreat requirement. This means you do not have to be on your property to act accordingly. The Stand Your Ground mandate allows you to respond in accordance with the preceding established rules if you are in any location you carry the legal right to be present in.

Moreover, such legislation enables you to use such force in locations such as vehicles and other owned property.

In Florida, the most basic definition of self-defense is the use of force to protect yourself against the perceived threat of injury or even death at the hands of one intent on committing a violent and criminal action. Unfortunately, in the act of self-defense, you might also injure or possibly even kill the subject you are defending against.

Therefore, in legal proceedings, self-defense can be a dicey and complicated issue because ruling entities like judges or juries might experience difficulties ascertaining if you acted in self-defense or committed a malevolent offense.

In accordance with state legislation 776.012(1), you are permitted to respond to the actual or perceived threat of life or safety at the hands of another party through the use of non-deadly force. That said, you as the defending subject are not legally required to first retreat or stand down before initiating such action.

Section 715.012(2) of state statutes enables you to respond with deadly force provided you witness or perceive another party’s intent to inflict serious imminent physical harm or possibly even death to yourself or another individual. Moreover, you are not required to retreat assuming you were not engaging in any type of illicit act.

Instances Where Self-Defense Cannot Be Applied

You cannot apply self-defense to justify your actions under several circumstances including:

When Engaging In Illicit Behavior

If you partook in any illicit action prior to or during self-defense-related actions, the self-defense safeguard cannot be legally applied.

If you provoked the incident in question, you cannot play the victim by claiming self-defense. However, there are certain loopholes in this argument.

First, you still might be able to use self-defense as a viable excuse if you believed serious injury or death was imminent at the hands of the purported attacker and you have explored all potential means of escape.

Such circumstances might also apply if you immediately withdraw or clearly indicate your desire to disengage.

When discussing personal property such as cars and homes, there are several clear-cut circumstances where self-defense is not applicable either and include:

Any type of self-defense force cannot be used against the rightful parent or guardian of an individual trying to reclaim said youth following kidnapping or any illicit custodial action.

The Participation In Criminal Behavior

You cannot claim self-defense when inside your residence or vehicle should you be engaging in any type of illegal behavior.

Use Against Law Enforcement Officials

Even while inside your automobile or abode, you cannot ever use force against a law enforcement official provided said subject identified themselves as such you could visibly see proof that said individual represented some type of law enforcement agency.

Though the aforementioned information seems straightforward, self-defense cases are typically involved, convoluted, contain different variables, and require an appreciable amount of time and legal expertise to sort through.

For that reason, before claiming self-defense, you are strongly urged to discuss such intentions with a respectable, professional, and well-versed criminal defense attorney such as those at the Florida Defense Team. Our Orlando-based team can review your case and determine the most logical recourse.