What is the Penalty for First Time DUI in Florida? 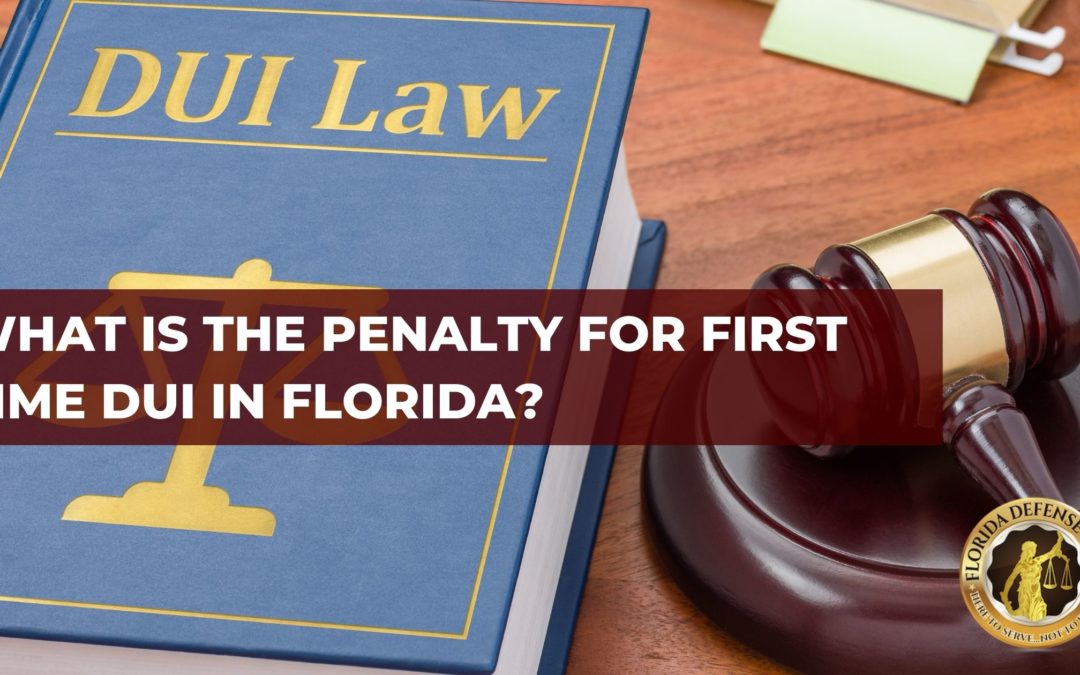 As a DUI attorney in Orlando, Florida Defense Team knows how shocking it can be to be a first-time DUI offender. With the multitude of penalties judges can impose, it is critical to be informed and speak to a professional. The right attorney can save you from the most severe penalties and help you navigate through your trial.

What Administrative Penalties Are There?

Administrative penalties, even for a first time DUI, can be severe in the state of Florida. It is important to know what these penalties may be, so that you are informed when you approach an attorney about your case.

One common consequence of a first-time DUI is a license suspension. This is a situation where the Department of Highway Safety and Motor Vehicles will suspend your license if you are arrested for driving with a BAC (Blood Alcohol Level) of .08% or higher. For those who face this penalty, it is possible to receive some reprieve in particular circumstances. Drivers who are issued a suspension for six months can apply for a hardship license after 30 days into their suspension. This license allows them to drive where it is strictly necessary. Examples include school, work, and medical appointments.

If, however, you refuse to submit to chemical testing, you are in violation of the implied consent laws of Florida. As such, your suspension could last one year instead of six months. In this case, you would not be able to apply for a hardship license until you have reached 90 days of suspension.

In some cases, if you act fast within 10 days of getting arrested for DUI, you may be eligible for a waiver of the “hard time”, the 30 day or 90 day waiting period so that you could be eligible for a hardship license much sooner. This is why it’s so it is imperative you reach out to an experienced and knowledgeable DUI attorney to go over your options in that regard, otherwise you may lose an opportunity that could be critical in maintaining your employment or livelihood.

License suspension is only one aspect of what may happen after your first DUI. There are other, more severe penalties that your DUI attorney in Orlando can help you combat. These include probation, fines, vehicle impoundment, community service, and even jail time.

All first time DUI offenders in Florida are placed under probation. Typically, this will not last more than one year.

Fines are dependent upon the scenarios in which you were in at the time of your DUI. For instance, if you were in an accident that caused bodily injury to another person–whether they were in your car, another car, or a pedestrian–you could be liable for fines of up to $5000. Similarly, if you had a person that was younger than 18 years of age in your vehicle at the time of your DUI, your fine could range from $1000 to $2000. Even under no extraordinary circumstances, your fines could still be anywhere from $500 to $1000.

First time DUI offenders can expect to have their cars impounded for a period of ten days. This period cannot overlap with any time that you may spend in jail for your DUI which means that once you complete your jail time, you will still need to have either the vehicle that was involved in the DUI or any vehicle you own, impounded for a period of ten days if sentenced in the DUI case. Judges usually give you six months to comply with that condition and currently there is no requirement that the 10 days be consecutive, so that gives people the opportunity to do it on the weekends, or on days off from work.

In order to complete their probation, first time DUI offenders must complete 50 hours of community service as issued by a judge. This is a requirement for all first time offenders in the state of Florida.

While jail time is not guaranteed with a first-time DUI, it is still important to note what the worst possible scenario could be for your circumstances. For instance, in a standard DUI, you could spend up to six months in jail. However, if your BAC was higher than .15% or you had a passenger under the age of 18, you could be eligible for up to nine months. If there was an actual accident with even minor injuries, the maximum sentence is one year. That increases to five years if the injuries are considered serious.

What Can a DUI Attorney in Orlando Do?

As a first time offender, you may find it difficult to navigate the judicial system for your DUI. That is where the Florida Defense Team can help. We are experienced and dedicated attorneys, and we know what it takes to get your desired outcome in a case. Before you take any steps, be sure to talk to the top DUI attorney in Orlando to see what we can do for you.