When is Self-Defense Justified in Florida? 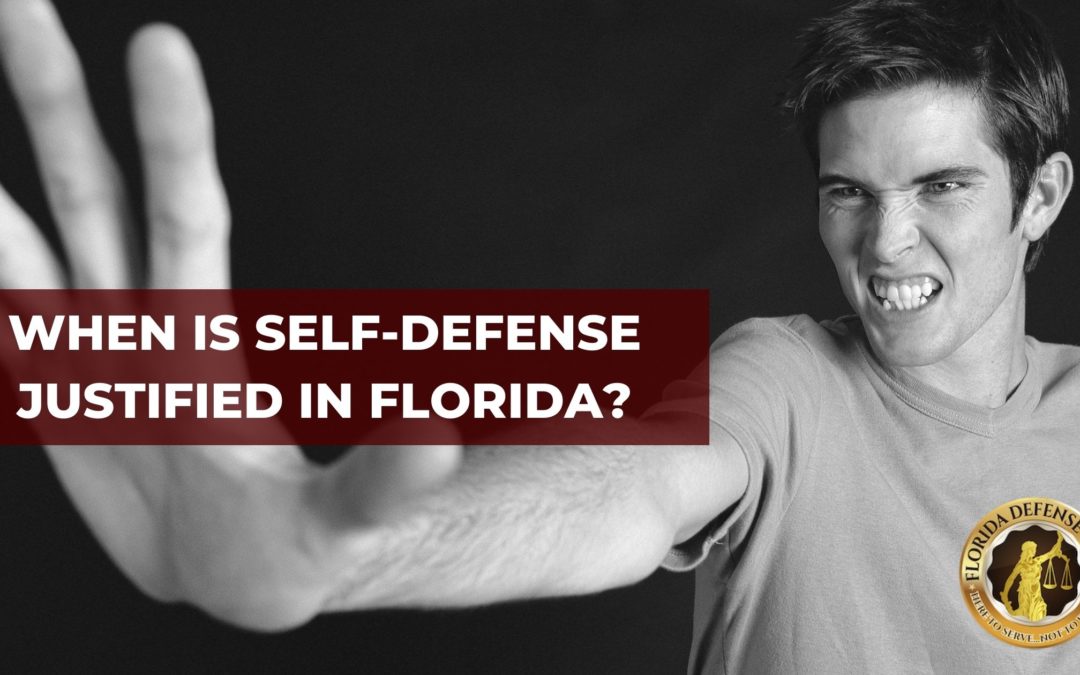 In the state of Florida, there are certain situations when a person can use force to defend themselves. This is generally known as self-defense and is lawful when used in order to avoid the consequences of another illegal, violent act. It’s important to understand the law and when self-defense is justified in Florida.

In Florida, there are two types of self-defense you can claim as per the law. Non-deadly force is the type of force that is unlikely to cause death or serious bodily injury. For example, if you shoved or hit another person in order to defend yourself, it’s considered non-deadly force.

Deadly force, on the other hand, applies when a person uses or threatens to use a weapon that can seriously injure or possibly kill another person. If it is used to prevent a burglary, kidnapping, rape, serious bodily harm or death, it’s allowed as a means of self-defense.

In 2005, Florida passed the first-ever Stand Your Ground law. This is the law that gives people the legal right to use deadly force instead of retreating if they carry a reasonable belief or fear that they will be sustain serious bodily injury or death. Following Florida’s adoption of the Stand My Ground law, several other states followed suit and passed similar legislation.

Generally speaking, this law means there is no duty to retreat a would-be offender in any area where a person has the legal right to be, which means they can use deadly force if they deem it necessary. This is legal whether the individual believes they are in imminent danger of serious bodily harm or even death. Deadly force can also be used as a means to prevent a criminal from committing a dangerous felony.

If a person is arrested for a crime after using deadly force, the Stand My Ground law gives them the opportunity to use it as a self-defense. This can be done during a pre-trial hearing or at the trial itself. Often, the judge may find the individual’s actions to be justified, which can lead to the charges being dismissed. However, on the other hand, if the judge finds the actions were not justifiable, the criminal defense attorney can still claim their client used self-defense so a jury can decide.

There are a few criteria for Florida’s self-defense laws. Four separate statutes exist regarding self defense:

Non-deadly force can be used in a person’s home or vehicle if they have a reasonable fear or belief of serious bodily harm or death. There is no duty to retreat when using non-deadly force.

Deadly force can also legally be used if a person is in their home or vehicle and has a reasonable fear or belief that they are about to face serious bodily injury or death or in order to prevent a felony that involves force.

When is Self-Defense Not Justified?

Of course, there are some situations where self-defense is not justified. This applies to the following:

It is also important to note that you are not allowed to use deadly force to protect property (like trying to stop someone from stealing your car) if they are retreating, no longer a threat, or are running away.

https://floridadefenseteam.com/contact/If you are in Florida and have had to use force as a self-defense, it’s important to immediately contact an experienced criminal defense attorney.